In response to current COVID-19 guidelines from the CDC - and in an effort to keep our patients and providers safe and healthy - we are moving to a telemental health service platform beginning Monday, March 23rd until further notice. 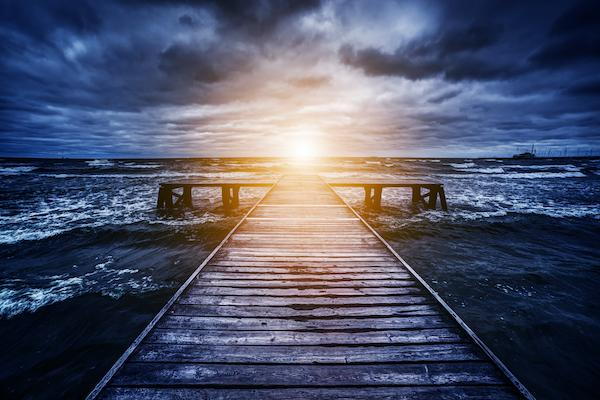 What do we want from hope? It’s hard to know. On the one hand, we recognize ourselves as unavoidably wishful thinkers, creatures who need hope, at the very least, as a means of warding off despair. On the other hand, much of what we feel as disappointment, cynicism, rage, and despair itself comes from experiences of having had our hopes dashed – seeming evidence that hope does not save us from so much as deliver us to The Bad Place.

At stake in this ambivalence about hope — we want hope to make living more bearable but fear the bitter poisons that attend it — lies a concern with its psychological risks and rewards. When is hope enlivening and when is it a dead end?

Our Ambivalence About Hope

Public discussions of hope tend to disavow our ambivalence about it, as though hope were an unalloyed good and the sole issue is whether it’s available. But the reality on the ground (and in therapy offices) suggests otherwise. Hope always comes with at least some fear of disappointment; for many people, the possibility of their hopes being thwarted elicits feelings closer to dread and terror.

Despite what we may, well, hope, hope alone doesn’t get us through disappointment, newly resilient and ready for the next pursuit. Often the task of bearing disappointment proves too onerous and people slide into more toxic cycles of regret, recrimination, vengefulness, and so on. It’s at this point that many of us double down on wishful thinking. The more despairing we are, the more extravagantly we hope, inviting in turn even more catastrophic disillusionment and despair. Hope, our attempted self-cure for these unwanted feelings, winds up doing more to sustain and inflame them.

What’s the alternative? To paraphrase therapist Les Greenberg, you have to arrive at a place before you can leave it. People stand a better chance at recovery if they can first let themselves feel how disappointed and despairing they really are. In the process, they may become open to another way of hoping: one less calculating in its pleasures, less calculated to avoid frustration, and therefore less despairing of the future.

A familiar description of hope is that it’s a desire for a certain thing to happen: I hope I get that job; she hopes to see her friends in person again soon; they hope the hurricane steers clear of their region. So hope functions a bit like predictive text, aligning the future with an image of the past carried forward in one’s expectations and assumptions (about what one wants, among other things). If, to put it starkly, I “hope things go according to plan,” I am invested in a project of knowing and securing my ambitions. Hope, in this sense, also testifies to uncertainty about whether my resources and circumstances will permit me to get what I want.

Another way of describing hope, however, would be to say that it’s more of an open-ended desire for something to happen. Hope, in this telling, orients essentially toward the future and toward pleasures derived from what’s genuinely new. Here hope is a wish for happy occurrences or pleasant surprises.

If hope, so described, strikes us as rather exotic, that may owe something to our prevailing habits of hoping — and of believing that we know what we want. Take how we ordinarily discuss relationships in terms of an aspiration to satisfy each other’s needs. Individuals are encouraged to be the kind of people who know what they want and then collaborate in order to get it.

But what if relationships aren’t where you go to have your needs met? What if relationships, instead, are about allowing for the ongoing discovery of what your wants and needs might be and how they might change? By entertaining these sorts of questions, psychoanalysis and psychodynamic therapy have usefully enabled people to explore the nature of their wanting so as to consider, for example, whether their objects of desire may have been imposed more than freely chosen.

From a psychoanalytic perspective, we most assuredly know what we want when we are most anxious about our wanting, with all its indeterminacy and uncertainty. It’s as if, to return to the relationship example, some fear or terror — of surprise, of the unavailability or unworthiness of pleasures, etc. — impels us to reduce our desires to unambiguous needs and clearly articulable demands.

Premeditated pleasures offer reassurance and hope, albeit a hope that the future will be more or less like the past. They help us to get a grip by converting an open-ended question about desire and its possible futures into a more transactional question about its satisfaction: “These are my needs. Can you meet them?”

Appetite for the Future

We’re aware of changes happening all the time and apparently despite our individual aspirations: climate catastrophe, the coronavirus pandemic, economic and political developments, aging, and more. The change we want, though, is change we can believe in. And what we want to believe is that we can orchestrate change, in some measure, by making plans and managing contingencies and pursuing objectives and getting a grip on the vagaries of desire. We can’t know the future, but we can at least know what we want and then seek it out. That’s the hope, anyway.

Strange as it might sound at first, psychoanalysis assumes, on the contrary, that people don’t actually know what they want because they can’t know their desire any more definitively than they can know the future. Knowing what we want is, of course, something we routinely wish to do; it is a fantasy, and no less compelling (or potentially enabling) for that.

Still, one of the costs of this particular fantasy, as I’ve hinted at in this post, is that it narrows the field of our possible pleasures, sheltering us from the future and thus disposing us to hope in more despairing ways. A self invested less in knowing and organizing its pleasures than in organizing the preconditions for pleasures yet to be discovered is, all things considered, a more hopeful self – one more alive, in psychoanalyst Adam Phillips’s words, to “the future in all its indescribable promise.”

And so the initial question about the psychological risks and rewards of hope could be restated as: which forms of wishing and wanting sustain one’s appetite for the future? The answer, following Phillips, would be those kinds of fantasy that get us to reality and make exchange possible. For instance, a young man may harbor a very specific sexual fantasy that he hopes one day to experience with a woman. There is, one could say, no future and no nourishment in the fantasy to the extent that it does not enable real forms of reciprocity and experimentation with someone he meets. He may be so fixated on the fantasy that he becomes dejected and enraged when the women he dates don’t or won’t live up to it. By contrast, if his fantasy allows him to discover pleasure in a partner precisely because she is someone else and other than he could have expected, someone with desires of her own, then he begins to partake of experiences beyond rage and rejection.

In one case, fantasy life remains fundamentally enervating and empty; in the other, it proves sustaining, nourishing, enlivening – a form of hopeful desiring.

You don’t have to go this alone.

*In response to the COVID-19 pandemic, we are now providing telemental health sessions.*

If you think you might be suffering from PTSD and would like to learn more about treatment with one of our qualified trauma therapists, please contact us by submitting this form, or by phone at 847-729-3034. We’ll be happy to answer any questions you might have.